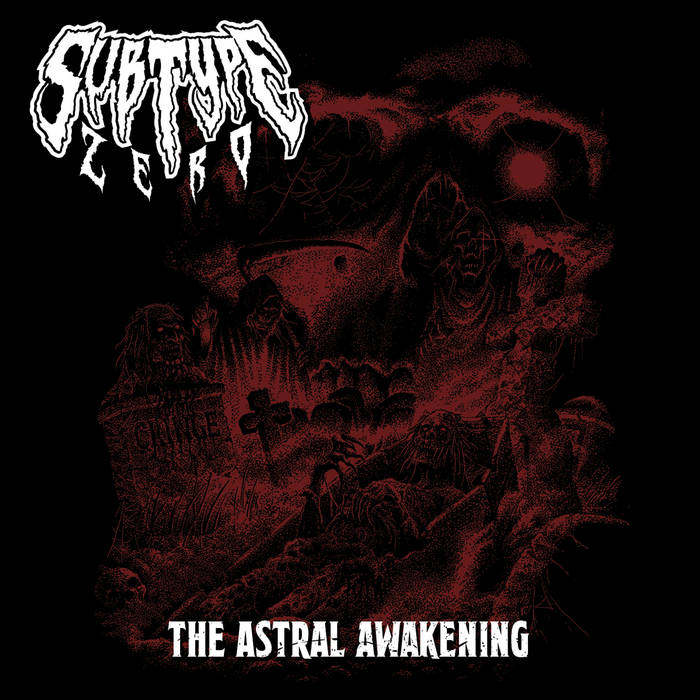 Nicholas Underhay These guys and power trip are really keeping that 80s thrash thing going in a really impressive way. If you are already missing Slayer, don't. Get this! Favorite track: Unprecedented Salvation.

"If I didn’t know better, it would be easy to believe that Subtype Zero stepped out of thrash metal’s heyday in the ’80s with new album The Astral Awakening in hand, had it mastered for modern times and sent it in to label Seeing Red Records for release. The influence from Slayer, Exodus, D.R.I. and Cryptic Slaughter isn’t hidden so much as it’s embraced in all of its white high tops-wearing glory.
... If Hell Awaits and Bonded by Blood are your gospel, what are you waiting for? Click play and bang your head!"
- Decibel Magazine
www.decibelmagazine.com/2018/08/22/full-album-stream-subtype-zero-the-astral-awakening/

"The blizzard of fretwork that propels this song from the starting gate is an immediate shot of electricity, and the wattage just zooms higher from there as the rhythm section kick into a hell-for-leather gallop and the vocalist begins venting the lyrics like a mad dog off the chain. A couple of flame-throwing solos add extra juice to this smoking power plant of a track."
- No Clean Singing
www.nocleansinging.com/2018/08/02/an-ncs-premiere-subtype-zero-become-insane/#more-145660

"...beyond the obvious reference points for many hook lines or Araya-isms (check out “Relentless Cleansing” for the latter point). It’s as if the band locked into 1985-87 Slayer, Exodus, and funneled a bit of that crossover D.R.I. charm."
- Dead Rhetoric
deadrhetoric.com/reviews/subtype-zero-the-astral-awakening-seeing-red-records/

" Subtype Zero is about oldschool thrash metal. It’s bands like the early Slayer and Exodus that act as a source of inspiration. But also more hardcore and crossover-based bands like D.R.I. have an impact on ‘Subtype Zero’s sound. It’s the energy of hardcore and the crudity of thrash that manifests itself in songs like the awesome ‘Twisted Obsession’." 7/10
- Markus' Heavy Music Blog
markusheavymusicblog.org/2018/08/21/cd-review-subtype-zero-the-astral-awakening/

""Performed with effortless expertise, ‘The Astral Awakening’ doesn’t simply echo the best of classic and thrash metal giants, it brings its own brand of fire and passion, adding a signature of enlightened effects usage and captivating intro sounds, instantly hitting and holding your attention. Nailing those unique skills and balancing classic accessibility with heightened thrash catch, ‘The Astral Awakening’ makes Subtype Zero a name to remember. Few can boast such impact from a debut album. Original, vibrant and life affirming.
10/10 **********""
- Jen Tate, Radio Personality
jennytate.wordpress.com/2018/08/20/subtype-zero-the-astral-awakening/

"This is said to sound like "Hell Awaits" era SLAYER, "Bonded By Blood" era EXODUS meets D.R.I. and CRYPTIC SLAUGHTER at a parking lot brawl. And what can I say? It definitely sounds old-school. No doubt about that! And they have all the right ingredients: A singer who sound like a general who is shouting out orders to his soliders, that horse neigh sound on the guitar once in a while, and the riffs and solos of course. So unless you're the one who is looking for something new and different, this will definitely not make you dissapointed.
Who might Subtype Zero be then you might ask? Well, this band was formerly known as CRINGE. But due to a legal dispute, they was forced to change their name after 5 years. SUBTYPE ZERO are from Ashtabula, Ohio, U.S.A.”
- HardRockInfo
www.hardrockinfo.com/reviews/2018/5.html#subtype_zero-the_astral_awakening

Forced to change their name due to a legal dispute, the Ohio thrashers formerly known as CRINGE have been ravaging the U.S. with their rabid and furious form of thrash that combines a hardcore/punk aesthetic with sinister riffage.

Subtype Zero invoke the true spirit of early thrash / crossover pioneers so convincingly you'd swear you'd been transported back to 1986...
This is "Hell Awaits-era Slayer /"Bonded by Blood"-era Exodus meets D.R.I. and Cryptic Slaughter for a parking lot brawl. No frills, straight to the point, in your face, unadulterated, where's the beef?, anarchy !!!

Bandcamp Daily  your guide to the world of Bandcamp

Khruangbin and Greg Foat stop by with their amazing new LPs.